Single nucleotide polymorphism(SNIP) is a variation on a single nucleotide which may occur at some specific point in the genome. In laymen’s terms, a glitch or hiccup in the genes. Though a more serious example of a SNIP is cystic fibrosis. One could say that the SNIP that contributes to sickle cell anemia is a protective evolutionary change that offers some protection against malaria. 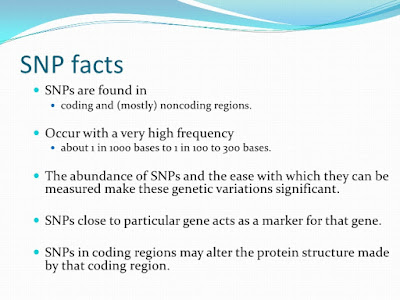 Thankfully most of the SNIP’s are just ‘glitches’ and I’m sure as the science of genetics and especially Epigenetics evolves there will be more understanding of both the seriousness of SNIP’s and how they manifest in day to day life. 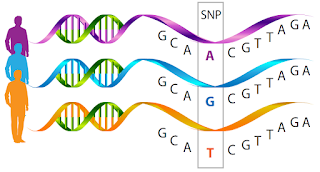 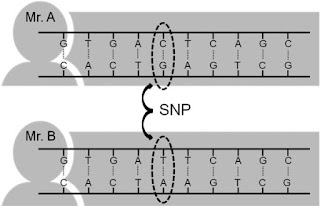 The severity of our illness and the way the body overcomes that illness and how it handles the treatment of these illnesses is also genetically and epigenetically predisposed. In other words these SNIP’s contribute to the intensity of our symptoms, or not and how the body heals itself. An example, sickle cell anaemia of how a SNIP develops as a protective mechanism for the body that has been attacked by the Malaria protozoa.
It alters the shape of the red blood cell to become sickle like in shape that contributes to the slowly down of the spread of the malaria protozoa. The downside is all the attendant symptoms of Sickle cell anemia.

A less well known(but not in my practice) manifestation of a SNIP is within the individual’s capability of converting Vitamin B6(Pyridoxine) to its activated cofactor Pyridoxine-5-phosphate. This can express itself epigenetically as high levels of Homocysteine in the blood, chronic fatigue, low attention span, chronic muscular aches and pains, generalised malaise and hormonal and digestive disorders and cardiovascular issues. Thankfully we have a supplementation -P5P in capsule form, that the patient takes, at a higher dose initially then a lower dose latterly for the rest of their lives.

There are variations between human populations, so a SNIP allele that is common in one geographical or ethnic group may be much rarer in another. This is important to take note of when you are working with patients from overseas or from a different ethnic background.

This is a complex and very new science but what is emerging is that we can alter the epigenetic expression of our genome by health living, good diet, lower stress levels, specific nutrition, meditation, relaxation etc...all the natural, holistic approaches that are available to us now.
Posted by Unknown at 09:23