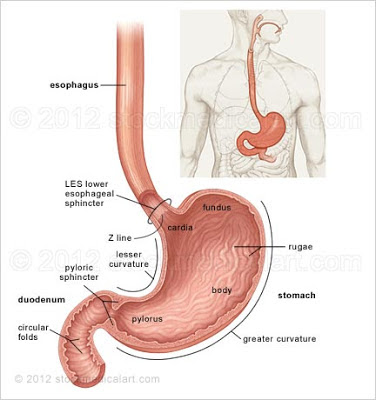 The causes of this condition are:

2) Poor dietary habits over many years leading to an overload on the digestion system and then a 'fatiguing' of these parietal cells.

4) Emotional stress.This leads to poor circulation in the abdominal organs due to the need to have the muscle system oxygenated in readiness for flight or fight response. The chronic poor circulation to the stomach leads to 'atrophy' of these parietal cells.

5) Over use of antacids (e.g. Gaviscon). A common held belief is that we have too much stomach acid. This is not the case in the vast majority of 'heart burn' sufferers. Usually 'heartburn' or reflux is due to the stomach acids escaping out of the stomach and into the lower end of the oesophagus.The oesophageal lining is not protected from these stomach acids hence it 'burns' the lining. The proper management of this condition is to correct the hypotonic (weak) oesophageal sphincter (round muscle) so the stomach contents will remain in the stomach and not regurgitate through the weakened sphincter. There would be no need to neutralise the Hcl digestive acids. This is a classic example of a mis-diagnosed ailment and its treatment leading to a new dis-ease/condition - hypochloridria. Also a good example of over the counter medicines being over used.

How Hypochloridria Lies At The Root Of Many Health Problems

So, what is the outcome of hypochloridria on the body. This condition is a good example of a 'hidden' problem insidiously worsening over a number of years and contributing to a whole host of bodily disfuctions and distress, and it often goes undiagnosed!!

Here's how. And this is very, very important as hypochloridria is at the root of a whole host of illnesses and is very rarely  diagnosed given its prevalence in the general population. 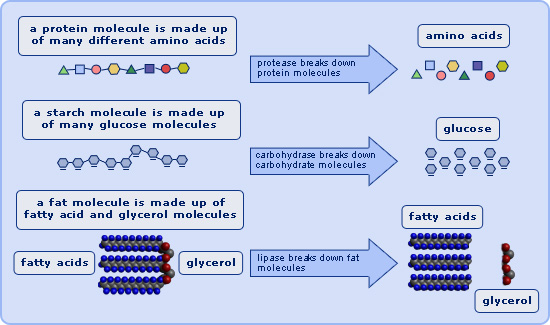 When you eat a piece of meat e.g. chicken, the tongue tastes and scans this and sends the information via the nervous system to the brain.The message is "this is protein" the brain then instructs the parietal cells in the stomach to release copious amounts of Hcl and another type of cell - 'chief cells' to release pepsin. They both then digest this protein for approximately 3 1/2 hours into long and short chain amino acids. The stomach then moves it onto the small intestine where it is met by a huge bicarbonate (alkaline) response.These long and short chain amino acids (building blocks) are then absorbed across the wall of the small intestine into the blood stream.They are then carried in the blood stream to wherever the body needs these building blocks.

And here the most important bit.  THESE AMINO ACIDS ARE THE BUILDING BLOCKS OF ALL ENZYME FUNCTIONS IN THE BODY!!! AND THE PROTEINS THAT MAKE UP OUR MUSCLES, JOINT SURFACES,TENDONS, LIGAMENTS AND SKIN TISSUE!!!

Can you see where I'm going with this... poor protein digestion due to a lack of Hcl digestive enzymes leading to amino acids that are too large to cross the cell wall of the small intestine means a deficiency in healthy long and short chain amino acids. The result is the body has a limited use of these amino acids to rebuild its muscles, tendons, ligaments, joint surfaces, skin tissue and every enzyme in the body!!

It is implicated in chronic fatigue syndrome/ME, any form of digestive disturbance. Even if the immune system is compromised, hypochloridria plays its part.

With anyone who has long standing chronic health problems I would look to Hcl deficiency as a major but 'hidden' health problem. I've yet to see anyone with pre-senile dementia who does not have chronic and severe hypochloridria (also, these folks have a severe zinc deficiency!! see the tie in?).


To help these folks with hypochloridria return to good health its very important that they are given a digestive enzyme supplement with Hcl and Pepsin in it. Also, a good quality zinc preparation, usually 2 or 3 types of zinc preparations are needed.

They must go onto the food combining diet/'Hay diet' to maximise their digestion of proteins and not have it interfered with by taking carbohydrates at the same meal.THIS IS VERY IMPORTANT!!

There is usually a noticeable improvement very quickly but bear in mind we will then have to look at the consequences of long term Hcl/zinc deficiency, however, this is usually easy to do.
Posted by Unknown at 05:30